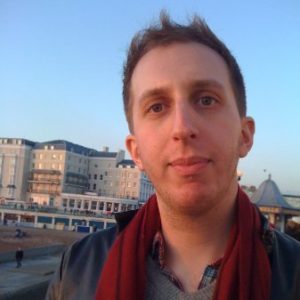 This is a guest post from Andrew Kaye. Andrew has spent more than ten years working in a range of policy and research roles across the not-for-profit sector. He started at Demos, the think tank and since then he has been Policy Manager at the Royal National Institute of Blind People (RNIB) and following a recent period of travel across South America, he now heads the Policy and Campaigns team at growing older people’s charity, Independent Age.

For many of us, 2016 will live long in our memories as one of the most important years in UK politics.

Wherever we stand on some of the big political questions of the day, be it the UK’s membership of the European Union; the decision to proceed towards full renewal of Trident; or the forthcoming decision on a third runway at Heathrow, we trust (or at least we hope) that none of these decisions are being taken lightly. In other words, we want to believe that whatever outcomes are reached, policy-makers reach these decisions based on the best possible evidence about what is in the country’s long-term interest.

Truth be told as someone who seeks to influence policy-makers in the UK – ranging from MPs to civil servants – one of the first things that becomes patently obvious when you look to campaign and lobby is that there is no singular view about what is in the country’s long-term interest. That is what makes seeking to influence policy so frustrating at times, but exciting – and if you are up for the challenge – enthralling too.

My own take on these things is that you have to combine hard-headed pragmatism with an idealistic zeal to achieve long-lasting and real change.

To genuinely influence public policy, whether that is in the NHS, to education policy, or even in an area as high stakes as climate change, you have to of course think big. But you also have to take a cold, hard look at the obstacles you need to overcome and frankly, whose behaviour it is you need to change if you are going to secure the changes you seek. You probably need to influence from both “the inside” (inside the corridors of power, regardless whether you like or agree with who you are looking to influence), and also from “the outside” (demonstrating you aren’t alone and can get the media, and a wider constituency of people on side).

It is not easy, and in areas like social security reform which I worked in when I was a campaigner with blind people, it can lead you to downright despair at times. I was involved in a UK campaign to defend blind and partially sighted people from some of the changes considered most disadvantageous to disabled adults as the last coalition government sought to change welfare benefits such as Disability Living Allowance, a weekly payment for people with the greatest support needs. The influencing I did was never straightforward and involved tasks as wonderfully varied as making placards; getting all megaphone-happy as I helped guide people with sight loss to meet their local MPs at a big gathering in Parliament; and live radio interviews with the likes of BBC Radio 4. This was all against a backdrop of having to plug away at convincing civil servants at the UK Department for Work and Pensions that the Royal National Institute of Blind People’s proposed changes to the design of disability benefits made sound economic sense.

Ultimately we were successful at persuading the key targets for our campaign – you need to identify who they are very early – and more money ended up in blind people’s pockets than might otherwise have been the case.

But influencing policy is never meant to be easy – you need to build a good evidence base as to what is going wrong and why a policy needs to change. You need to win support for your case and demonstrate to the powers that be that your arguments synch with their own policy agenda. And you need to always remember why you are influencing policy in the first place. To make a difference to the people you care about, represent or serve. Stick to your principles and deliver on your convictions, and you have a fair chance of influencing people in positions of authority or power.