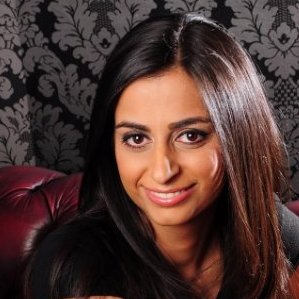 This is a guest post from Nisha Kotecha. Nisha is the Founder of Good News Shared. Through working and volunteering for small charities she has seen first-hand the impact they have on people’s lives and their communities.

In discussions with groups all over the country Nisha found many other people who share the view that smaller organisations deserve more interest and support, and so Good News Shared was born.

In her journey as a social entrepreneur so far, Nisha has been on the Community Links Enterprise Programme, a scholar on the Hub Launchpad programme, and a member of the Institute of Directors. She is currently on the ERASMUS Entrepreneurial Programme, working in Berlin.

Nisha was an active member of Rotaract (a membership organisation for young people aged between 18 – 30 which is sponsored by Rotary International), and was elected National Publicity Officer for Rotaract in Great Britain and Ireland and Club President.

Despite being an influential figure in the sector, renowned news presenter Sir Martyn Lewis has had to be patient in his campaign to change the media.

In 1993 Martyn Lewis began a campaign for more good news to be covered. He argued for a more balanced news agenda, which highlights positive stories as well as negative stories.

Changing the media in this way is not an easy task. Many people believe that only bad news sells. Some think good news is not newsworthy.

Despite the unreceptive response he received, Martyn Lewis continued calling for good news to be reported in the media too. He gives talks at journalism schools on the importance of balanced news-reporting, and in 2013, he became Patron of Positive News, the world’s first positive newspaper.

Today, more than 20 years later, a shift seems to be taking place, with more positive, solutions-focused news being reported in mainstream media. A good example of this is The Huffington Post, who, in 2015, started their ‘What’s Working’ initiative, sharing solutions rather than just focusing on the problem.

When I tell people I share uplifting charitable stories via Good News Shared, I am often told that they don’t watch or read the news anymore as it is always so negative. There is still work to be done, but we have moved on a great deal from the 90’s when Martyn Lewis’ campaign was criticised and dismissed.

“All good things come to those who wait.”

The above is a well-known phrase, but, as Martyn has shown us, it does not apply to influence and impact. Patience is important, as you are not likely to have either overnight, but that does not mean you can sit and wait for it to happen. Good things come to those who are patient, but who are also actively taking positive steps to achieve their goal.

With this in mind, I have been taking small steps to achieve my goal of showing people the good stuff that is happening in the world. Three of the (many) steps I have taken are:

Over the last two and a half years I have learnt many important lessons.

As I mentioned earlier, a shift in the mind-set of some influential people in the media can be seen. Progress is being made, but there is still a lot of work to be done before we have a more balanced news feed, so I will have to make sure I keep the lesson of patience in mind!