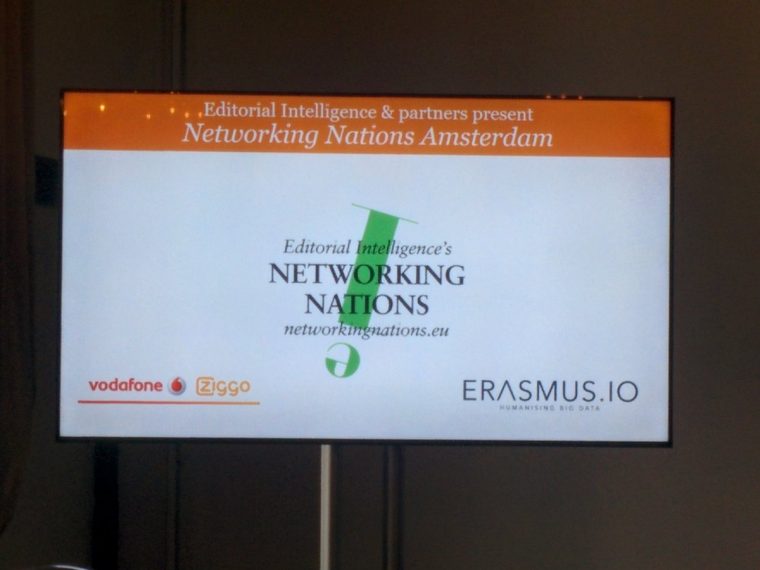 Recently I experienced something that I wanted to share with you. I was invited by a person I really look up to, Julia Hobsbawm, to come to an event in Amsterdam called ‘The Human and The Machine’. You can see the programme for it here.

If you’d like to read more about the brilliant things Julia is involved with, I’ve introduced some of her work on this site before.

I’ve written recently about the idea of a perfect day.

I gave some thought exercises in the article that I hope will help you think about your perfect day and I outlined my own.

Here is mine (I’ll explain the highlighted parts later):

‘I would wake up on the outskirts of a major city, with enough nature around me that I felt rested. I would have breakfast with my wife- which would definitely include a cortado coffee and a bowl of acai.

I would meet up with a hero of mine, the chef and traveler Anthony Bourdain. As well as just enjoying his company and eating some amazing food with him, I would pick his brains about how he manages to be so fearless and authentic in everything he does. These are qualities I would like to cultivate in myself and I am sure that he would be able to teach me a lot.

I would make a difference in three ways. I would work 1-1 with a client who I would help discover how they could make an even bigger contribution to the world. The client would be someone who really inspired me and who was already doing amazing things- but with my help they could be even better. I would spend some time working on a new book in order to get my ideas into the hands of more people. Finally, I would do one thing that reached out to a wider audience, such as a speech to a large group of people or appearing on a panel on a TV show.

In terms of splitting my time I would try to set things up so that I could keep relatively fit while on the go. For example I would have a standing desk as sitting (especially sitting with bad posture as I currently do) is bad for your health. I would also build walking meetings into my day as they would be a simple way of getting extra exercise, plus I have found that walking and talking stimulates conversation. I would have a swim, maybe before breakfast as it is my favourite form of exercise and, as it was an important part of my childhood, I feel it keeps me rooted. I would make sure that I had time in my day for people I care about, chiefly my wife- and I would make sure that I was fully present in those moments, with no distractions. I would move between a variety of destinations in my day but I would try to group my activities to the maximum benefit. For example, if I had a meeting in one part of town I would try to have a few minutes to sit in a beautiful park and read a book; pop into an art gallery nearby or visit a favourite coffee shop. Lastly, but very importantly, I would want to have a piece of my day in which I gave back beyond my business. This might be supporting a nonprofit organisation or mentoring someone in the early stages of their career’

So, when Julia asked me there were a few things I weighed up in my mind- there were both good reasons to go and not to go.

The reasons for were:

The reasons against were:

In the end I decided to go for it. The main reason (apart from the fact that I thought it incredibly generous of Julia to invite me) was that I realized that the trip contained so many aspects of the ‘perfect day’ I had said that I wanted.

If I really wanted this, I should fight for it. If I didn’t, I suppose I should redefine my perfect day!

I concluded I really wanted it and that I would get the absolute maximum that I could from the opportunity.

I went a day early so that I was able to explore a bit and enjoy some of the things I wanted to try- see photos below:

I feel lucky to have discovered just how good Dutch cheese can be..

The event itself was terrific, as I knew it would be. I learned more about the technological changes that are coming; saw a robot that helps children who are isolated due to illness; was able to ask a question about swarm intelligence in front of the audience- and met many fascinating people.

I managed to do a huge chunk of the things I wrote about in my perfect day- a version of all the things that I have highlighted in bold above.

Of course, I didn’t do exactly the same things as mentioned in my fantasy perfect day. I had an ice coffee from a supermarket rather than a cortado. I went for a morning stroll in a pretty city park rather than have a swim. I didn’t learn from Anthony Bourdain, I learned from Julia. I didn’t sit in the park, I sat by the canals. I didn’t go to an art gallery, but I walked through one of the historic parts of Amsterdam on my way to the event. I didn’t specifically write part of a new book but I filled my head with a thousand new ideas that will surely inform the next book I write. I did wake up just outside the central area of a major city. I did manage to spend quality time with my wife when I rushed home (via plane and train) that evening and I felt I was fully present in that moment, just as I wanted to be in my perfect day.

Now, me having a day that was very close to my perfect one wasn’t an act of great bravery on my part- it was due to someone else being generous. But I still had to realize the opportunity it presented and seize it with both hands.

How are you moving closer to your perfect day and how are you noticing the things that you already have in your life that you’d like more of?

Maybe visualizing your perfect day would help? I’ve been trying visualization a tiny bit recently (I used it to prepare myself for attending a networking event) and I want to try it more…